What's eNaira ? How To Get It and Other Things To Know

What's eNaira ? eNaira is Nigeria first digital currency. It will be launched on October 1st "Nigerian independence day" by Central Bank of Nigeria (CBN). eNaira is like USDT of physical dollar but eNaira is not a cryptocurrency, it uses cryptographic techniques to keep it safe against counterfeiting, cloning, and other forms of attack.

Who and how to get eNaira ?

eNaira is just the digital version of the physical naira, so Nigerians and non-Nigerians can own it. You can get eNaira from is app wallet which will be available on playstore and apple store. On the platforms, financial institutions licensed by the CBN will be responsible for ID verification, eNaira payment processing, and creating wallets for customers to hold their eNaira.

What are the benefits of eNaira?

-Inclusion of excluded people in the financial system.

-Ease in tax remittance and collection to support the Country’s growth. 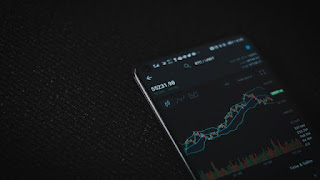 Can I invest in eNaira and make profit ?

No! eNaira is fixed like your hard currency not volatile like cryptocurrency. The value of eNaira will not increase or decrease from physical Naira.

However, the CBN believes the eNaira will greatly improve financial inclusion, payment processing, and tax collection, among other things.

The eNaira is also expected to increase cross-border trade, which could have a positive impact on the Nigerian economy. In a such a way that you can receive naira from abroad and send abroad too.

There is nothing like eNaira airdrop or eNaira contract address. Thou, we are waiting for the launch and we can't wait to create our first eNaira wallet.

Popular posts from this blog

September 29, 2020
I think the simplest thanks to begin the book, is by revealing to you what the foremost necessary issue is in attempting to spot if a provide or demand zone goes to end in a thriving trade. In one article on my website “The Essential Guide {to provide|to provide|to produce} And Demand Trading” I dispel several of the myths supposed by the those that teach supply and demand mercantilism on the net. One of the most ideas that provide and demand traders teach, is that the concept the strength of a zone is set by however long the market has been faraway from the zone itself. The academics say “The longer the time the market has spent faraway from the zone, the stronger the zone becomes” This concept is that the most wanted reason why most provide and demand traders aren't creating consistent cash mercantilism provide and demand zones. the rationale why is as a result of it causes folks to favour inserting trades at zones that fashioned a long time agone over ones that are created
1 comment
Read more

September 29, 2020
It been awhile I blog but I am back for my people to experience something new and improved better
Post a Comment
Read more

October 01, 2020
Nigerian Comedian , Seyi Law's daughter, Tiwaloluwa is 4year-old today. The proud dad blessed fans on instagram on her special day by posting beautiful photos of himself and Tiwa. Captioning the photos, he wrote; ''It's World TIWA's Day.     Happy Birthday to Daddy's Princess.     May the world continue to celebrate the goodness of God in your life.     And may your life continue to give the world joy.     It's an amazing 4.''
Post a Comment
Read more