What You Don't Know About Kenny Rogers' Family, Gambler Tribute and Dolly Parton

September 24, 2021
Country music icon, Kenny Rogers passed away March 2020 during the COVID-19 pandemic lockdown. He was born to a large family in 1939 and replicated that by marrying 5 wives and also had five children. 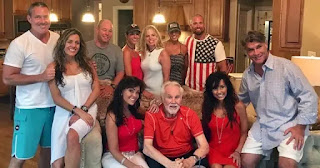 Kenny Rogers' first child and only daughter is Carole Rogers with his first wife, Janice Gordon and got married in 1958 and divorced in 1960.
Kenny's second marriage to a woman named Jean lasted from 1960 - 1963, and did not result in children. Kenny's third marriage was to Margo Anderson in October 1964. Kenny's second child, named Kenny Rogers Jr, is an actor and composer. Shortly after Kenny and Margo's divorce in 1976, he married actress Marianne Gordon, and their marriage lasted until 1993. Kenny and Marianne divorced in 1993.
Kenny married Wanda Miller in 1997 as his fifth and last wife. Kenny and Wanda had two sons, Justin Charles Rogers and Jordan Edward Rogers which are twin. When Kenny embarked on his final tour in 2016, his youngest children went with him.
Since Kenny Rogers' death 2020, he hasn't been given a befitting public celebration because of the coronavirus. But the time is now as the official CBS website says: KENNY ROGERS: ALL IN FOR THE GAMBLER,” A NEW STAR-STUDDED CONCERT SPECIAL HONORING THE LIFE AND LEGACY OF THE COUNTRY MUSIC SUPERSTAR, TO BE BROADCAST THURSDAY, SEPT. 23 ON CBS. Performances by Chris Stapleton, Idina Menzel, Lady A, Lionel Richie, Little Big Town, Reba McEntire, and a Special Duet Featuring Dolly Parton and Kenny Rogers.
Kenny Rogers and Dolly Parton are very good friend and they both have many great songs together. Their first song together was "Islands in the Stream" in 1983. 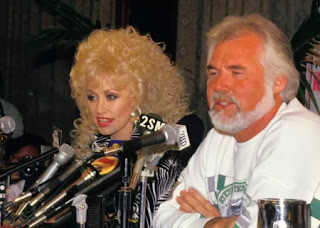 Dolly Parton says in her video: "You never know how much you love somebody until they're gone. I've had so many wonderful years and wonderful times with my friend Kenny, but above all the music and the success I loved him as a wonderful man and a true friend.
"So you be safe with God and just know that I will always love you, dolly."
From all of us here, WE LOVE KENNY ROGERS !

Popular posts from this blog

September 29, 2020
I think the simplest thanks to begin the book, is by revealing to you what the foremost necessary issue is in attempting to spot if a provide or demand zone goes to end in a thriving trade. In one article on my website “The Essential Guide {to provide|to provide|to produce} And Demand Trading” I dispel several of the myths supposed by the those that teach supply and demand mercantilism on the net. One of the most ideas that provide and demand traders teach, is that the concept the strength of a zone is set by however long the market has been faraway from the zone itself. The academics say “The longer the time the market has spent faraway from the zone, the stronger the zone becomes” This concept is that the most wanted reason why most provide and demand traders aren't creating consistent cash mercantilism provide and demand zones. the rationale why is as a result of it causes folks to favour inserting trades at zones that fashioned a long time agone over ones that are created
1 comment
Read more

September 29, 2020
It been awhile I blog but I am back for my people to experience something new and improved better
Post a Comment
Read more

October 01, 2020
Nigerian Comedian , Seyi Law's daughter, Tiwaloluwa is 4year-old today. The proud dad blessed fans on instagram on her special day by posting beautiful photos of himself and Tiwa. Captioning the photos, he wrote; ''It's World TIWA's Day.     Happy Birthday to Daddy's Princess.     May the world continue to celebrate the goodness of God in your life.     And may your life continue to give the world joy.     It's an amazing 4.''
Post a Comment
Read more